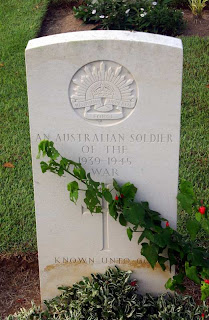 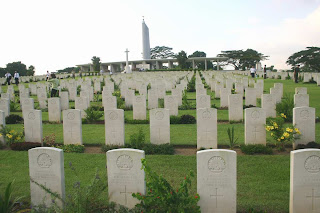 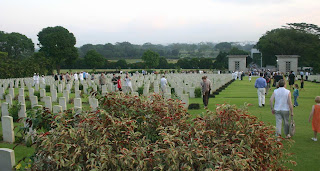 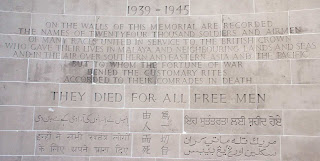 I decided to head out to the ANZAC Day Dawn Service this morning with a relative who has just moved to Singapore. What a huge turn out Singapore’s Dawn Service has makes me proud to be Australian; it’s the biggest group of Aussies and Kiwis I seen together excluding when the Wallabies are beating, oops playing the All Blacks. War might be a lousy thing but it is good so see people paying respect to those that have died in the service of their country. It’s held at Kranji War Memorial / Cemetery, its so sad to see all the graves of unknown solders and that so many of the fallen were so young, many just teens or those in their early twenties.
I’ve taken a bunch of photo so I’ll upload some later, assuming they turned out okay in such poor light
Posted by Jason at 2:34 am No comments: