Our sweet little girl fell off a climbing toy at pre-school yesterday and managed to fracture her left arm, so we spent the evening at two different hospitals, seeing several doctors, taking a few x-rays, and calling in a specialist to put her arm in a half cast. We have to see him next week for a full cast, woohoo she’s going to like that., NOT! She doing okay, a little tender as expected and some things are just too much to handle. Lucas is trying to give her hugs and of course the cast on the arm is just too inviting not to be attacked, so we are trying to keep Lucas entertained and the cast arm hidden from his view, its working, some of the time but Lucas is just an inquisitive little guy and just wants to know what is hidden inside that magical cast, what goodie is big sister Isabella keeping hidden from him. 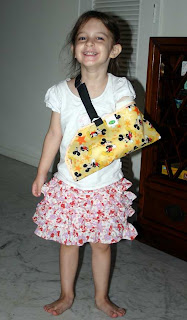 I'm not wired, I should have been in bed three hours ago
Posted by Jason at 3:36 pm No comments:

No, No, Don’t Buy a Car in Singapore

After nearly four years living in Singapore without a car, we have succumbed. I guess I just got sick of dragging the kids around in the rain and it does rain rather regularly in here, I guess that’s just part of the joy of living in the tropics with 30 degree temperature day in night out.

Anyhow back to the car, if you want to remain sane and not spend extremely too much for a car, don’t even consider buying a car in Singapore. I’ve been looking off and on over the past six months for a car, even checking out the auctions and let me tell you, car auctions here are not the place to pick up a car cheaply. I even saw some fool buy a year old car for more the he could have purchased a new one, way to do your research buddy! Mmmm maybe there were drugs or something stashed inside that made him go the extra dollars, or maybe it was just too many hits to the head. To get an idea of the price of cars here, at minimum you’ll be spending double what it would cost you in Australia, and sometimes as much as four times the price. This is partly due to the government controlling measures using taxes, more taxes and varying registration tax (the COE that goes up and down with demand as limited number are available each period). The other factor appears to be greedy car dealers. Based on costs and taxes, I figure on some cars the dealers are making upwards of 50% profit. For example the Mazda 3 2L Hatchback, in Oz the retail for A$25,000, in Singapore they retail for S$89,500 (A$74,000). So I’m guessing after importing costs and taxes and COE (registration) the car’s wholesale costing is no more then S$65,000 so that’s roughly S$25,000 profit of which they have to pay wages etc which can’t add up to very much for each car sold. In other words they are roughly making in profit what the car sells for in Oz, so I’m thinking greedy little buggers. Are car salespeople like real estate agents just dodgy the world over, willing to lie and cheat to get a sale.

Okay I know it’s another rant, I guess I’m just disgusted at the way car salespeople operate here, and in general the whole car industry here, maybe I’m just bitter and twisted as it is costing so much more than it should.
Posted by Jason at 12:38 am No comments: