Is it wrong that we have several nicknames for our daughter, I guess not, however I’m not so sure that it’s good she knows one of her nicknames is ‘Stinky-bum’. She does however live up to her nickname on a regular basis! Her new word this week in ‘No’ and boy does she like to use it, and usually when she is doing something she shouldn’t be doing. She has it down pat, so crystal-clear you are never mistaken as to what she is saying. She’ll start to unroll the toilet paper right in front of us repeating saying ‘No, No, No’ Yes she is so sweet but oh so naughty.
Can you believe it, seven blogs this month, okay two were just posting pictures but we have been a little more regular, mostly thanks to no more study!
Posted by Jason at 2:51 pm No comments:

It’s the wife’s birthday today, one of the so called big ones. Personally I just don’t get the whole idea of people stressing over reaching a so called milestone birthday, really it’s just another day. She seems to be taking it well, I went easy on the old duck comments this morning and you know that’s against my nature! Yes my ‘kick’em while their down because you can’t once they get up’ attitude just didn’t seem correct this morning, yet the day is still young, mmmm. Must remember, ‘wife, life partner, mother of child’, mmmm maybe I’ll just keep my mouth shut today!

Happy Birthday Sweetie, may your day be wonderful. (That will start her worrying as to why I’m being so nice)
Posted by Jason at 1:57 pm No comments:

Our Friends Have an Eye Out For the Stork

Here’s a big congratulation to our three sets of friends that have announced they are pregnant and strangely they are all due around the same time, March-April 2008. Damn time flies as you get older, 2008 is almost on our doorstep, what ever happened to 1988, yep, Australia’s bicentennial was nearly twenty years ago. Back to the story at hand, thanks Bud; glad you read my blog after your wedding in June and got straight into your baby makin’ duties, mmmm bad visual, my apologies to other readers. And a special congratulation to the J&J partnership, it’s been a long tough road for you both and you have been in our thoughts and prayers. Finally but of course not least, congratulations to our varsity team with the announcement of their number two. May all run smoothly and your bellies get nicely rounded (the round bellies are optional for the males). Bella tells me she looking forward to having some more friends to play with.
Posted by Jason at 8:09 pm No comments:

I received a call from Catwoman yesterday, no not Julie Newmar, Michelle Pfeiffer or Halle Berry as that would be just down right weird as I’ve never met any of them. Catwoman, better know to her friends as Meow is our Singapore rental agent, yes her name is Meow, I’ve come across some great names since moving here, some Chinese names sound quite humorous (to my twisted English speaking mind) while some of the Indian names just annihilate my ability to pronounce them, some are so damn long with vowels and consonants all over the place (Yes I do have an English language mindset). Many people of Chinese descent here have two names, that is their Chinese name and their English name. I guess many people from non English speaking descent have anglicised names thus helping ‘Ang-Moh’s’ like me pronounce their name. I guess I don’t have to look far from home, well I don’t even have to look outside the home to see an example of this, Marika goes by Maria at work. Maybe I should try this next time I start with a new company I might tell them my preferred name is Conan the Farter, then again maybe NOT!

Anyhow back to the Catwoman’s call, as our lease is soon up she was calling to let us know the rent will be increased, a small increase, only about a 76 percent increase! After I picked myself up off the floor and was able to dial the phone I called Marika to let her know the good news, well maybe it time to move. I’ve heard of people that have had their rents more than doubled, if this happened in Sydney there would be riots, then again I think there are laws limiting how much rents can be increased in NSW, something like a maximum of 10 percent over two years. When we first rented this place nearly two years ago I was thinking how over priced the rentals market was here, now many expats are facing double that, maybe it’s time for the many to leave and find greener pastures. I say expats as locals can buy or rent HDB cheaper, much much cheaper. At an extreme guesstimate I would say some areas rents are up to 90 percent cheaper. Anyhow I yet again diverge, I’m about to start the new home search in earnest, I guess this time we’ll be looking for a bigger place with space for Bella to play. Which most likely means losing our view and moving further away from the city, or getting an older place, I hear terraces and houses can be cheaper to rent here as they are much older and don’t have facilities like pools and gyms. Personally I can live without these facilities; however the pool can be nice in the Singaporean heat and humidity. I like the Black & Whites bungalows here that the Government rent out; most are damn expensive however there are some bargains, maybe we’ll get lucky and find one of the bargains, look a flying pig! One down side of being at ground level with bush around you are the snakes and other creepy crawlers. They have King (Spitting) Cobras here that can grow to a nice size of about 6 metres, damn big for a poisonous snake, but they are kind of rare, which is okay by me. They also have pythons and constrictors. If we move into this environment maybe we should look at getting a dog, maybe a cat as well and shares in a sulphur manufacturer. You don’t hear of any snake bites here, but the scare factor if you find one in the kitchen will be fairly decent. Growing up in country Australia I developed a interest and RESPECT for snakes but they still make my skin crawl when their not behind glass.
Posted by Jason at 11:29 pm No comments:

Well it’s that time of year again where I sit down and write my annual blog, well not quite but I have been rather busy (or is it just lazy) of late to jot down my bloging thoughts. I am starting to think life is always busy with a youngon’. Speaking of Bella, the number ten tooth has really been taking its time cutting through; it’s finally through after something like three weeks. Hopefully happy times will soon be back! As you can see I finally uploaded some new pictures, so actually this is my third blog this month and it’s only the 10th. I do have some space time these days now that I’ve finished my studies for a while; gaming has stepped in to fill the gap! I’m thing Woohoo! Marika’s thinking Oh No! By the way for all those interested I passed my exams, okay mum I know you’re the only one interested, but I’ve gotta bang my own drum once in a while.

I’m thinking about joining the work force again, it much easier to get Bella in a day-care when she reaches 18 months, she turned 16 months yesterday. Not sure what type of work I should look for here, thinking something different is called for, time to broaden my experience; no streetwalking is not what I’m thinking! Maybe I should start an organisation or lobby group to make telemarketing and spamming illegal, I’ve already got the punishment schedule partly worked out, for the first offence, you wake up with a horse’s (or pig’s) head in your bed, second offence, we send some likely lads around to break an arm or leg or maybe even both, third offence something tougher and proactive, Castration! to stops telemarketers and spammers from reproducing in the hope to break the whole nasty cycle, and if they’re dumb enough for a fourth offence, mmmm I shouldn’t say in an online environment where the young and those with weak hearts can read. How does that sound, viable enough as a job? Mmmm maybe not and yes I do have some personal issues to deal with in regards to telemarketers and spammers.

Can anyone suggest a new (PC) game for me to play, maybe Doom 4, where the targets are telemarketers and spammers, Yes! Yes! I know issues to deal with. I’m keen on trying a beta of Starcraft 2 if anyone has it :-)

My spellchecker (aka Marika), just commented that I sound a little sick in regards to spammers, yes I’ve mentioned my dislike of spammer in several blogs over the past few years.
Posted by Jason at 11:09 pm No comments:

Look At All My Teeth! 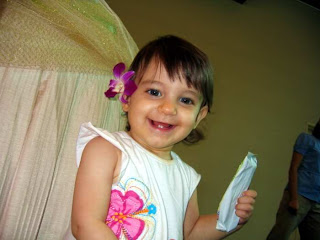